Once a year, the one-week autumn school for scholarship holders of the Felix Klein Academy takes place at our institute. Here, the students work in groups together with us on various projects. In addition to tasks from the working practice of the institute, the groups can also expect exciting technical lectures and a varied leisure program.

The groups are made up of math students from different semesters. Their task is to translate a real problem into a mathematical one. They evaluate the model that is developed in the process and check the solution for its relevance. At the end of the week, they present their results in a plenary session. The participants could choose in advance between four projects with different topics:

Our Groups in the Fall School 2022

Expand all Close all

1st Group With the Topic: Optimization of District Heating Networks

Supplying households with thermal energy via district heating networks offers the possibility of harnessing waste heat from electricity production or industry. District heating networks are closed-loop systems in the sense that water is pumped from cogeneration plants through a pipe system to consumers and flows back through pipes laid in parallel. Energy is transferred by heating the water at the plant and transferring heat through a heat exchanger to the domestic network at the consumer. Within the network, the flow of energy is not dictated by the network operator, but results from the energy drawn by the consumers. To ensure security of supply and minimize energy losses in the network, the feed-in temperature at the plant must be adjusted accordingly. Preheating in the hours before a peak, filling the grid with water of maximum temperature, allows the peak demand to be met with a uniform feed-in power.

In this workshop, we first consider an abstracted model with a heat source, a pipe, and a consumer that has a periodic consumer profile with the two typical peaks at morning as well as evening time. Now, for such a demand with peaks, what is the optimal feed-in temperature at constant feed-in power? The first group takes a closer look at this question together.

Ever-increasing traffic volumes lead to longer traffic jams, more accidents and greater emissions. At the same time, we would like to make traffic safer, more efficient and more sustainable. While traffic could previously be controlled primarily by static objects such as traffic lights and speed limits, new technologies allow more direct interaction with various road users. On the one hand, more and more traffic data is being collected and can be transmitted in near real time, and on the other hand, modern vehicles have increasingly better assistance systems, right up to fully autonomous vehicles. In contrast to human drivers, these vehicles could in future be controlled directly with the aim of optimizing the traffic flow of all road users.

An exciting example to investigate this is the artificial traffic scenario of the Ring Road. Here, typical phenomena such as the development of traffic jams or stop-and-go waves due to inefficient human driving behavior can be identified, as they typically occur on highways or in urban traffic. The goal in this scenario is now to replace a human driver with an intelligently controlled vehicle and thus optimize traffic flow for all vehicles.  The task of the second group is to first get familiar with the basics of traffic modeling. Then we will model the Ring Road and simulate traffic on it to study inefficient human driving behavior. Finally, we will look at different control approaches for the intelligent controlled vehicle with the goal to stabilize the traffic on the Ring Road.

3rd Group With the Topic: Is It Fair? Modeling Fairness in Duty Scheduling

As a rule, day shifts are preferred to night shifts and requests for free shifts or vacation days are also to be taken into account, which may additionally conflict with each other. How can fair duty rosters be created over a longer period of time that take into account both current wishes (who would (absolutely) like to have vacation when?) and the past (who took over which shift in the last schedule? Who didn't get the request in case of conflict?). Together, we will come up with criteria that we can use to measure wish fulfillment/history and thus the fairness of rosters. These criteria will now be incorporated into an algorithm so that fairer rosters are created. Finally, in order to test these criteria we have developed, we also want to come up with strategies for tactical wishing that attempt to outsmart the scheduling algorithm..

The project OpenMeter collects, analyzes and processes performance data from public buildings. By comparing the data, energy managers can optimize energy consumption in their communities. The models derived from this data can also be used in prediction for energy suppliers. These measurement data are available as time series and will be made available to you. The task of the group is to create a model and adapt it to the load profiles so that they can be described and predicted as well as possible. The model should consist of terms that describe a prototypical day, week, year, as well as a long-term trend. Otherwise, there are no limits to creativity in model and method. Special attention must be paid to incomplete measurement series, as well as time periods such as weekends, vacations and vacations.

Concurrent with this year's Fall School, the workshop Mathematics in the Artificial and Biological Intelligence with AI expert Prof. Dr. Illia Horenko will be held Wednesdays through Fridays.

Prof. Dr. Illia Horenko has been a new professor at the Department of Mathematics at TU Kaiserslautern since July 1, 2022. There, he represents the teaching area of Artificial Intelligence. He has already been connected with Fraunhofer ITWM through projects for several months. During the Felix Klein Fall School, he will present his field of work in more detail.

The participants also went on a non-mathematical excursion to Trifels Castle in Annweiler: 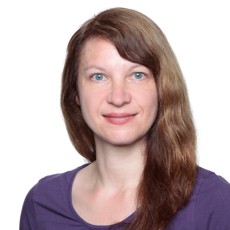