Water pollution from medications, biocides, and industrial chemicals is on the increase because sewage plants do not break down many of these substances, so they are released into the environment. Although sewage treatment plants usually have a downstream activated carbon adsorption system, even here the trace substances can only be partially retained. Especially polar substances often remain in the water, since activated carbon primarily binds non-polar and less polar substances.

In the project BioSorb we develop together with the Fraunhofer UMSICHT new adsorbents that can eliminate such molecules from municipal wastewater. The approach is based on renewable raw materials which are more resource-friendly and significantly more selective than conventional activated charcoal filtering. Especially promising are protein-based materials, called bioadsorbents, because these are cheap and a nearly infinitly available worldwide.

Step by Step to Cleaner Water

We start by screening various protein-rich materials. We focus our detailed investigation on variants of renewable raw materials, test them initially in small-scale adsorption experiments. The most promising materials are then analyzed in the next step. Often, a chemical treatment – like a combination acid and heat treatment – improves the adsorption capacity.

In a series of large-scale tests, selected bioadsorbents are characterized by their effectiveness to adsorb diclofenac (a pain killer) and metoprolol (a beta-blocker). These two molecules are suitable as test substances since they are often detected in ground and surface waters and, until now, are hardly degraded in sewage plants. From an economic perspective, a re-usable adsorptive material is the most promising. This is why we search for a renewable systems using different solvents and analyze and characterize the selected materials in great detail.

In parallel, a numerical adsorption model is being developed based on our institute’s expertise with simulation tools for water supply and sanitation, which had already been proven in the EU’s Nanopur project on drinking water preparation. BioSorb is now building on these findings. We use our high computing capacity and experience with simulation studies to provide the required expertise for multi-scale simulation, which evaluates the adsorbents.

The results are validated and verified in the final step. This step initially takes place using contaminated water, where we can test the effectiveness of the adsorbents without overlaying measurements. Subsequently, the adsorbents are introduced in practice-relevant waters, for example, the water from the sewage plant at Wuppertal-Buchenhofen.

The project started 1st October 2017 and is terminated on 36 months. 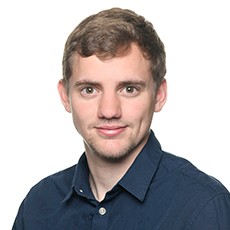