The strong increase of electromobility demands the continued development and improvement of the key component of an electric car: the lithium ion battery as electrochemical  energy storage system. To improve its life-time and reliability is a key issue which requires a profound understanding of the limiting degradation mechanisms.

One major degradation effect is due to volume change by certain anode materials during intercalation of lithium ions: Silicon, for instance, which is a promising new anode material due to its high gravimetric energy density, changes its volume by 300 percent. The resulting mechanical stresses can lead to cracks within electrode material and eventually to a capacity loss.

It was the main goal of the AiF project ALIB (Expansion of lithium ion battery cells) to be able to asses these effects reliably. The electrochemical simulation models that are available in our software BEST (Battery and Electrochemistry Simulation Tool) were extended to capture the effects of volume change.

It is the main purpose of BEST to compute ion and charge transport within a battery in order to make predictive statements on the battery behavior. The simulations can be performed within the 3d electrode microstructure as obtained, for instance, from imaging techniques.

Additionally the influence of the inhomogeneous stress distribution on ion transport and intercalation reaction is considered. The electrochemical-mechanical  system is solved numerically by coupling the battery solver BEST to our structural mechanics solver FeelMath, which solves the mechanical equations using a highly efficient Fourier method.

Phase Model allows Battery Behavior and Risk to be Predicted

Besides that, certain electrode materials display a phase-separation behavior into a lithium-rich and a lithium-poor phase for certain states-of-charge. It is believed that this enhances the effect of mechanical degradation.

By adding a phase-field model we could simulate electrochemistry, mechanics and phase-separation including electrolyte and electrode microstructure in a fully coupled way. Hence it is possible to predict the mechanics-affected battery performance as well as to estimate the risk for mechanical degradation. 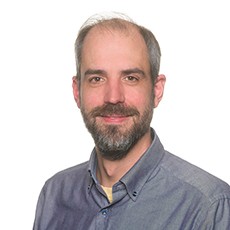