Together, the participants in QCStack are developing a cross-technology middleware. This has standardized functions for development and compilation, commissioning and operation of gate-based quantum computers.

Most algorithms proposed in the near-term intermediate-scale noisy quantum (NISQ) era have classical and quantum parts. The solution of the problem is approached in a stepwise manner. Especially for these algorithms, the clever assignment of tasks is important: In addition to a compiler, our researchers are therefore also developing a scheduler that assigns computational steps within an algorithm, but also calibration tasks, to the quantum processing units.

Similar to the way instruments are tuned in an orchestra before music is played, the QuBits are calibrated. To maintain perfect pitch tuning, it takes constant recalibration. The music is arranged according to the composition of the orchestra. Similarly, quantum algorithms are compiled to run on a particular quantum system. Most algorithms rely on an interplay between classical and quantum components. A conductor, in our case a scheduler, gives the instruments their cue.

Strong Partners in the QCStack Project

The »Dahlem Center for Complex Quantum Systems« at Freie Universität Berlin develops methods for the optimal control of quantum systems and applies them. Qruise GmbH, a spin-off of Forschungszentrum Jülich, then deals with the commissioning of the software and (re)calibration.

The QCStack software accelerates the development of quantum computers because computer manufacturers can concentrate on their core competencies and do not have to additionally build the software stack. After completion of the project, the core software and the algorithms it contains reach MVP (Minimal Viable Product) status. This means that the first functional iteration of the software is then available.

The German Federal Ministry of Education and Research BMBF is funding QCStack with 3.9 million euros, of which Fraunhofer ITWM has 1.1 million euros at its disposal. The project started in February 2022 and is expected to run until January 2025. 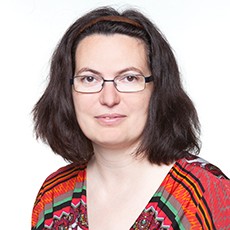