Imaging with terahertz waves is ideal for the nondestructive inspection of glass-fiber-reinforced composites. Such structures are used, for example, for the radar domes (radomes) of aircraft, among other things to protect sensitive radar technology. Terahertz technology enables contactless testing of structural integrity in the field or during production.

Radar domes must withstand harsh weather conditions and impacts. They are routinely tested in use, but it is important to optimize their structural integrity and transmission properties for radio-signals during manufacture. Previously used testing techniques such as ultrasound procedures and knocking tests can often only be used to a limited extent and if necessary only under special conditions.

Terahertz imaging allows a non-contact and non-destructive examination of the external and internal structure of composite materials at every manufacturing step or even in the field. Furthermore, image-processing methods can be used for the automatic detection of defects or other characteristics.

Spiral Scanning of the Radome

For the British company Meggitt Polymers & Composites we developed an industrial 3D Terahertz imaging system for the inspection of radar domes. The simple integration of the measuring unit into the company's production plant enables the entire radome, which can be up to two metres long, to be scanned in a spiral.

Depending on the type of radome, the thickness and composition of the structure can vary greatly. This has a significant influence on the penetration depth of the terahertz measurement signal. The choice of sensors often requires a compromise between image resolution and penetration depth. We have integrated two different terahertz sensors with adjacent frequency ranges into one measuring system so that both, structures with a few centimeters thickness as well as thinner ones, can be examined with the best possible resolution. For improved depth resolution, the measurement data of both sensors are combined with each other. 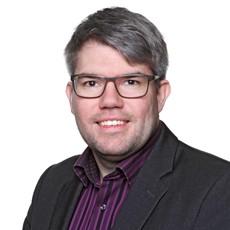