The aim of neonatal intensive therapy is to support the functioning of the immature organs of extremely premature babies in such a way that the development may proceed as if taking place in the mother's womb. The highest objective is to enable the normal development of the brain, in particular, the cerebral cortex. Threats to this development process arise, in particular, when there is acute impairment of the oxygen supply to the brain.

Monitoring systems are available that can detect any restriction in the oxygen supply throughout the entire organism. However, the relevance of a single such event for the cortical oxygen supply is, in many cases, unclear. During the cortical maturation processes, nerve cells networks are formed. This process can be interrupted by a damaging influence on, for example, the oxygen supply. On the other hand, it is conceivable that the normal cortical development can be effected solely by non-physiological conditions outside of the mother's womb. The cortical maturation process can be studied using the electric discharges of the cortical nerve cells, which are recorded via an EEG.

We are developing analytical software as an integral component of a multifunctional monitoring system for premature births in the sub-project "Diagnostic support system for the maturation process of the brain in premature births," as part of the BMWi's Tenecor project. Using methods of machine learning, the final version of the system is expected to facilitate the physician's assessments of the health of the newborn and the development process of the brain by means of a synergistic evaluation of five signal sources (NADH, EEG, aEEG, DC-EEG, impedance).

Next, the paired dependencies between energies in the different channels and frequency bands are determined using mutual information. These are then used to generate a probabilistic network for each patient. The distances between the networks are embedded in a three dimensional Euclidean space and these points are clustered in space. Initial tests with the EEGs of premature babies have shown that the cluster centers correlate with pathologies, (i.e., preterm infants with similar pathologies are close to each other in Euclidean space). Furthermore, correlations between the distances and the postmenstrual age of the premature infants without serious pathologies were also detected. 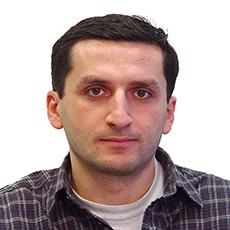