»5Gain« focuses on the advantages of a 5G-based infrastructure for the management of cellular energy systems. In combination with AI methods, new possibilities for intelligent grid control emerge.

Cellular Partitioning and Distributed Control of the Energy Network

Due to the decentralized expansion of renewable energy sources with controllable loads and storage (e.g. electric mobility), the control of energy systems is becoming increasingly complex. At the same time, the expansion requirement of the power grid should be kept low. Our approach to solving this challenge is to divide the energy grid into regional cells. Each cell has different participants and characteristics and carries out decentralized load, feed-in management and marketing. We develop adaptive AI procedures (e.g. reinforcement learning), which learn to control the individual energy network.

The regulation of distributed generators and consumers requires a communication infrastructure that provides the required data rates, response times and resources for different numbers of participants in any situation (e.g. traffic jams, old town festival). The 5G standard provides a dynamic and location-based assurance of quality of service guarantees through »5G Network Slicing«.

We develop forecasting methods to identify communication requirements of events at an early stage. This allows »5G Network Slicing« to be selected regionally so that required communication resources are provided locally.

Billing between generators and consumers should be automated and secure. In 5Gain we are testing this on the basis of smart contracts in a block chain. Furthermore, the feasibility of a data-intensive, automated remote maintenance of distributed infrastructures using drones is being analyzed.

Our Competences in the Project

Based on our methodical competences in machine learning and our broad project experience in monitoring and control of energy networks, we develop in 5Gain:

Interview: Industry 5G – Not Just Dreams of the Future Due to Mathematics Expertise

The "5Gain" project forms a core of the ITWM activities on the topic of 5G. The team led by Dr. Paulo Renato da Costa Mendes and Dr. Christian Salzig is dealing with very practical problems and Industry 4.0 in the field of energy, more specifically with “5G infrastructures for cellular energy systems using artificial intelligence”. In the interview, Paulo Renato da Costa Mendes explains to us what the 5G developments mean:

5G is considered a future technology par excellence. Siemens and Handelsblatt are already talking about "Industrial 5G". What advantages will 5G bring in the area of Industry 4.0? And when is that even foreseeable?

5G is considered to be ten to 20 times faster than 4G, as well as more flexible, autonomous, secure and efficient. It enables higher data transmission rates and shorter latencies. Depending on the application, the advantages cannot be fully exploited simultaneously in one and the same network. The consumer sector may need rather high data rates to stream videos on the go, for example. Industry 5G – Not Just Dreams of the Future Due to Mathematics Expertise Dr. Paulo Renato da Costa Mendes brings 5G and Industry 4.0 closer together in his team; especially when it comes to the topic of flexibility and renewable energies. Slogans such as the Internet of Things (IoT) or Industry 4.0 are ubiquitous in the media. It seems clear that in the future, more and more machines, systems and devices will be networked with each other, especially in production. Everyone is also talking about 5G, which is considered the successor to 4G (LTE). But the fifth generation is much more than just a new mobile communications standard. 5G is opening up entirely new perspectives for Industry 4.0 as it is aimed specifically at communication between machines. The "5Gain" project, funded by the Federal Ministry for Economic Affairs and Energy, forms a core of the ITWM activities on the topic of 5G. Energy More information on our website at www.itwm.fraunhofer.de/5gain_en 59 For industrial applications, reliability and lowest latency are important. Particularly where the level of industrial automation is already high, 5G offers rapid opportunities to turn Industry 4.0 into Industrial 5G. 5G is still largely a pipe dream. But we are talking about a relatively near future. In three to five years, some things will be realistically feasible.

How can mathematics, or we at Fraunhofer ITWM, support this in practice? What challenges arise in the project and what expertise do we bring to the table?

Especially our years of experience and methodological competences in the field of machine learning qualify us. We develop AI algorithms for a wide variety of areas. This paves the way for optimally exploiting the potential for 5G. In the “5Gain” project, this helps when coupled with our project experience in the monitoring and control of energy networks. AI methods for the distributed control of cellular energy systems are just as much in demand as forecasting models. These are to predict communication requirements based on demand. The solution path is mathematics with the goal of developing intelligent grid control. It can be explained more precisely like this: Due to the decentralized expansion of renewable energy sources with controllable loads and storage (e.g. electric mobility), the control of energy systems is becoming increasingly complex. Most electricity from renewables is weather-dependent. It is produced independently of demand, when the wind blows or the sun shines. More flexible thinking is needed. At the same time, the power grid should be expanded as little as possible. Our solution approach: dividing the energy grid into regional cells. Each cell has different participants and characteristics and performs decentralized load management, feed-in management and marketing. We develop adaptive methods (e.g. reinforcement learning) that learn the control of such individually present energy grids.

That means AI and machine learning are used. And what does that mean for 5G in the end?

The regulation requires a communications infrastructure that provides the necessary data rates, response times and resources for different numbers of participants, and does so flexibly and quickly in every situation. All this lies dormant in the advantages of 5G. We are working on the further development of various system components and testing them with our partners, also in real environments. For example, in the real lab of the city of Dortmund and with partners from the consumer side or energy producers. 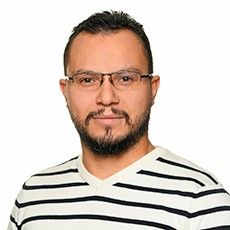