The main task of this thesis is to study anisotropy of spatial point patterns, especially in 3D. The motivation of this study comes from glaciology. Several deep ice cores were drilled through the Antarctic and Greenlandic ice sheets within the last decades. Ice extracted from a certain depth within the ice sheet contains a system of isolated air bubbles. The analysis of the point process of bubble centres extracted from tomographic images of ice core samples can give information about the the individual thinning of ice layers which were buried over time/depth. This information is fundamental for an accurate dating of the ice.

Recently, it was discovered that ice core samples may contain noise bubbles which form due to relaxation of the ice after the core is taken out of the drilling hole. So far, the effect of the presence of these noise bubbles on the estimation of the deformation parameters is unclear. Another task of this thesis is to detect the noise bubbles. This problem can be described as a classification problem. Given a superposition of two point patterns, one for the data and one for the noise, the aim is to classify the points of the superposition according to which of the two patterns they belong to. 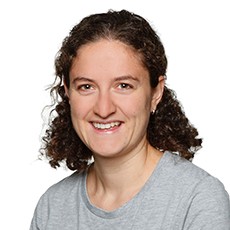