A team of scientists from the Fraunhofer Institute for Industrial Mathematics ITWM and the Technical University of Kaiserslautern has won the pilot innovation competition »Energy-efficient AI systems« of the German Federal Ministry of Education and Research (BMBF) for the development of energy-saving AI chips. The task was to develop the most energy-efficient hardware possible for use in AI systems that detect atrial fibrillation in ECG data with at least 90 percent accuracy. Federal Research Minister Anja Karliczek announced the winning projects on March 11, 2021.

»We are extremely happy about the award and the recognition of our work«, said Dr. Jens Krüger, who conducts research at the Competence Center – High Performance Computing at the Fraunhofer ITWM in Kaiserslautern and led the project together with Prof. Dr.-Ing. Norbert Wehn from the TU Kaiserslautern. The scientists from Kaiserslautern won in the category FPGA (Field Programmable Gate Array, a programmable logic circuit) with the project: »Holistic Approach to Optimize FPGA Architectures for Deep Neural Networks via AutoML – Automatic Machine Learning (HALF)«. The winning projects of the competition have the exclusive opportunity to submit a research project to implement the idea with application partners and receive a funding of one million euros.

»Our solution approach co-designs the energy consumption and architecture of the hardware and the neural network topology«,  explains Krüger. He adds that the choice of network has a significant influence on hardware complexity – and thus on the energy required, and vice versa. »We have taken these mutual dependencies into account and optimized them in an automated way via a neural architecture search. This combination has resulted in a new unifying methodology that is not only more energy-efficient than before, but also enables a reduction in development time for optimal neural network topologies and corresponding FPGA implementations«.  In doing so, the Fraunhofer ITWM team, which also includes Dominik Loroch and Nico Weber, draws on high-performance computing expertise and uses a supercomputer for the optimization. Since the developed software can be used generically to find optimal neural networks, it is now also made available to third parties.

A total of 27 teams from universities and research institutions took part in the competition. Eleven teams were selected for the final round. During the virtual award ceremony, Federal Research Minister Anja Karliczek emphasized: »Artificial intelligence still consumes too much energy today, but it offers enormous potential for Germany as a location for business and innovation. AI is increasingly finding its way into our daily lives. This is where the Federal Ministry of Research comes in with its funding and has called on universities and research institutions from all over the country to apply with the best ideas for developing an energy-saving AI chip. I am delighted for the four winning teams selected today, who will now have the unique opportunity to further develop their project with around one million euros each«.

Fraunhofer Successful in Another Category

Scientists from another Fraunhofer Institute were also successful in another category: in the ASIC 130 nanometer category (Application-Specific Integrated Circuit), the team from Friedrich Alexander University Erlangen-Nuremberg won together with researchers from the Fraunhofer Institute for Integrated Circuits IIS in Erlangen with the project »Low-Power Low-Memory Low-Cost ECG Signal Analysis with ML Algorithms (Lo3-ML)«.

Information About the Competition

The pilot innovation competition »Energy-efficient AI systems« is one of three competitions announced as an idea radar in the run-up to the establishment of the Agency for Leap Innovations (SprinD). It was published in the Federal Gazette on March 18, 2019. The selected competition projects started their work on October 1, 2019 and submitted their results on January 7, 2021. The ECG data used were obtained from Charité Berlin. All datasets are previously unpublished, have been completely anonymized and treated according to strict DSGVO guidelines. 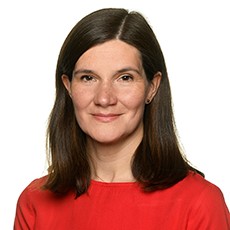 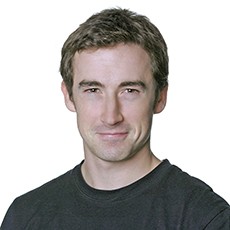 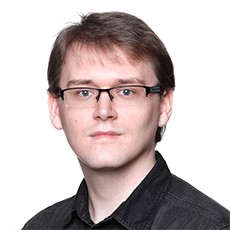