What Defines an Algorithm: Explanation and Examples

What Is an Algorithm?

Driving a car with a navigation device, cooking a dish according to a recipe or even filtering the mail folder for spam mails – these are all examples of daily processes in which algorithms are used. But what actually is an algorithm? And why do some claim that Artificial Intelligence (AI) is also just an algorithm? This is what the coming blog posts will be about.

In general, an algorithm is to be understood as a finite sequence of unambiguously defined instructions – the scientist then speaks of well-defined instructions – with the help of which a specific task is completed or a specific problem is solved. Let's take the example of the navigation device, it has the task of finding the shortest or fastest route. The software in the navigation device has to solve this clearly defined task by using an algorithm, for example the established Dijkstra algorithm.

The IPO Principle as a Basis

Basically, an algorithm works according to the IPO principle: Input, Processing, Output. The first figure illustrates this scheme, which converts the input in the processing step into an output in a finite number of individual steps. In the process, the algorithm is given the required quantities or objects via the input. The output is then generated when the final state is reached after a finite number of steps. The IPO principle can also be illustrated by the previous cooking example: The ingredients represent the input, the mixing and cooking of the ingredients according to the recipe represents the processing step and the finished dish represents the output.

How Does a Spam Filter for E-mails Work?

In the following, we will take a closer look at a more complicated algorithm that is used to filter spam mails on e-mail servers: For illustration purposes, the algorithm is shown in the second diagram and divided into the following steps according to the IPO principle:

An algorithm that can classify spam-related words in the processing step is, for example, a decision tree. We have explained how this particular algorithm works in more detail in this blog post.

In mathematics and computer science, algorithms are becoming increasingly complex. This is mainly due to the rapid advances in the field of Artificial Intelligence (AI) and Machine Learning (ML). Due to this progress, the digitalisation of manual work and production processes, which is ubiquitous in today's society, can be advanced using algorithms form the field of AI and ML. These topics – AI and algorithms as well as digitalisation and the connection to AI and ML – will be discussed further in the following blogs. 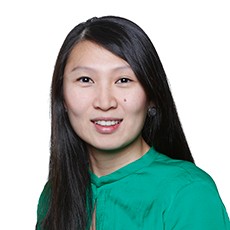