The Blogpost About the Last Podcast

The probability calculus was invented in the 16th century in the first place only so that noblemen would do better at gambling. What is left of it today? Do statisticians have an advantage in Lotto, roulette and the like and win more often?

What is the probability of rolling a six on a dice roll? One sixth, of course. But what if no six has been rolled 100 times in a row, what is the probability of a six on the 101st roll? Still one sixth. If one removes the last doubts about this assertion with the statement »A die has no memory«, then a dissatisfied expression often remains nevertheless on the face of the counterpart. Somehow, this series without a single six must be compensated somehow.

The podcast episode (in German) that goes with the blog article is available here:

The Law of Large Numbers Does Not Balance

… at least not in the way we had hoped. Let's switch to a coin for a moment. Here, one expects that among many, many tosses, about the same number of heads as tails should come up. Let's say 500 times heads and 500 times tails in 1 000 tosses. At least approximately. But if heads came up 100 times in a row, then tails would have to catch up somehow.

But that is not what the law of large numbers promises us. It only says that the relative frequencies, i.e., the odds, should get closer and closer to 0.5. However, only thought in the long term. So, if rare series came up, such as »100 times heads in direct succession«, then this clouds the odds less and less. With 1 000 throws this series still corresponds to ten percent, but with one million throws it hardly falls with 0.01 percent into the weight. So, chance doesn't have to actively correct such digressions and yet the odds are right »in the end«.

This is also shown very nicely in the »symmetrical random walk«. Flip a coin and start it mentally at 0 euros. Each time tails falls, you add one euro and each time heads falls, you subtract one euro. So, the first coin toss puts you either in the black with one euro or in the red with one euro. What do you guess: How long is the average waiting time until you are back at 0 euros?

Without proving it here now, the answer to the estimation question just posed is: infinity. On average, at least. Of course, it always happens that you return to 0 euros in the short coin toss game, but you should not wait for that, because on average it takes infinitely long. So there is no guarantee whatsoever that you will see the return to 0 euros in this experiment, no matter how old you get. Once again, it is the law of large numbers that balances odds, but it does not provide absolute balance. We will illustrate this with the following two graphs. The first graph shows a simulated example of a symmetric random walk where we virtually flipped a coin 1 000 times. We see that this random walk has »drifted away« from 0, so we always remain in the profit zone during the course of the game – after 1 000 tosses we still have a profit of about 25 euros.

In comparison, the odds for heads and tails look different:

We see that the odds approach the expected odds of 0.5 and that there is no drift away from 0.5 here – although we are well away from 0 on our fortune!

Despite a possible drift and the fact that we may never return to 0 during the game, 0 euros is the expected outcome of our experiment. This has something to do with expected values. Expected values are calculated by weighting all possible outcomes with their probabilities of occurrence:

What Winning Can You Expect from the German Lottery Lotto?

To answer that, we need to know, among other things, how likely six correct numbers out of 49 (with the so called »Superzahl«) are. Apart from the fact that the jackpot must be paid out after a certain time, the mathematical probability is 1:140 million.

To visualize this, we distribute gapless one-cent pieces along the 2 270 km from Dortmund to Moscow. One of them – chosen at random – bears a mark on the back. During your journey from Dortmund to Moscow, you now have exactly one attempt to stop somewhere and find exactly this one cent piece by turning over a single coin. Good luck!

For the expected value, we also need the expected win with six correct numbers. The largest jackpot was 45 million in 2007 but is otherwise much smaller. Thus, the summand here is a maximum of 45 million * 1:140 million = 32 cents. Mostly, however, it is rather ten cents. Now we have to determine the same amount of cents for five correct numbers, four correct numbers, etc. and compare this with the two euros that a lottery ticket costs.

We'll abbreviate here: Since lottery companies actually pay out about half of the revenue, you can expect a profit of 50 cents from every euro you wager. Put another way: If you have invested 1 000 euros in lottery tickets so far – and played for a long, long time –, then you have probably won 500 euros and lost 500 euros.

Then Rather Play Roulette?

In roulette, the expected winnings depend strongly on the variant you play. As an order of magnitude, you can expect to win back about 97 euros from a 100 euro bet with the simple »Red and Black« variant. The remaining three euros go to the casino. This is much fairer than lotto, but of course still to the disadvantage of the players.

Casinos can be a bit more generous here, because many players naturally bring more than 100 euros and much more than the two euros for a lottery ticket anyway. About the amount of games thus still comes a very good profit for the bank. At the same time, regular, but not cost-covering, winnings keep you happy.

Have we already mentioned: gambling can be addictive.

There are indeed some ways to increase your winning probabilities.

The easiest way is to always double your bet. Let's play rock paper scissors with a one euro bet. If you lose, you go to »double or nothing« in the next round. As soon as you win for the first time, you leave the game with one euro profit. All you need is an infinite amount of money, in case the win is a long time coming, and a casino that has no limit on the stakes.

This strategy can theoretically also be applied to roulette, but fails in reality because you do not have an infinite amount of money and the stakes are also capped. Thus, there are no strategies with which you can surely win – but you can still maximize your probability of winning. The most promising strategies are aggressive ones, where you always bet as much as possible. As an example, let's take the so-called »Red and Black« game, where you bet either on black or on red: Let's say we have a fortune of ten euros at the beginning and we want to leave the roulette table with 100 euros at the end. A best strategy is to bet as much on the desired color as you have to, so that if you win, you have 100 euros. If you don't have that much money, you bet everything you have. Concretely: If you have 20 euros, then you bet these. If you have 60 euros, then you bet 40 euros as this much is needed to reach the desired 100 euros. This strategy seems risky at first sight, because you can lose everything very quickly. On the other hand, you have to realize that in the long run the game always goes against you – that's the law of large numbers. Thus, you should keep the stay at the table as short as possible, because in the short-term larger fluctuations are possible in your favor.

Beyond that, almost only illegal tricks remain in the casino, such as secretly shifting. Or other, forbidden manipulations of the dice or roulette wheels. Also watching the games closely to learn something from the hand movements of the dealers and the wheel positions is rather futile. It will probably take more observation time (and thus lost money) than the casino will give you before they ask you to leave.

In Lotto, you can play with system by tipping on a series of numbers that are rarely tapped by their peers. Most people prefer patterns or dates. Numbers above 31 are thus relatively seldom picked. This does not increase the probability of winning, but in this case, you will probably have to share with fewer other winners. The fewer people play lotto with a system, the better it is for the system players. Unfortunately, even in this variant there remains an expected loss for you, because now the company for system tipping is interposed and also wants to earn something. To your disadvantage of course.

There are strategies on how to play optimally when you must play. However, you also have to consider what you want to achieve by playing. If you don't want to win money, then you may want to stretch the duration of the game as much as possible in order to enjoy the game and the atmosphere.

Otherwise, the most you should do is gamble out of a pathological need: You need a million euros right now and you only have ten euros in your pocket. But please don't be surprised if it doesn't work out. 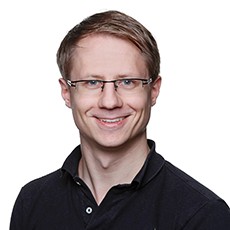