Even the application-oriented institutes of the Fraunhofer-Gesellschaft need their own basic research. The Fraunhofer Institute for Industrial Mathematics ITWM in Kaiserslautern, for example, is working on the detection of terahertz waves based on new quantum optical methods. A year ago, the renowned journal »Science Advances« reported on first successes. Now the next milestone has been reached.

Embedded in the lighthouse project QUILT (Quantum Methods for Advanced Imaging Solutions), several Fraunhofer institutes are working on quantum-based measurement systems for different spectral ranges. In doing so, they exploit the properties of correlated photons in the still young research field of quantum sensor technology. This is because, despite the steady advancement of terahertz technology in recent years, detection in this spectral range without cooling or expensive pulsed lasers remains a major technical challenge. For the visible spectral range, on the other hand, we carry high-resolution detectors with us almost every day – as smartphones.

A new measurement method can provide a remedy here: With the help of quantum optical methods, the properties of photons (light particles) in the terahertz spectral range can be transferred to visible photons, which are easier to detect due to highly developed silicon technology. The physical basis behind this new method is that pairs of correlated photons of different wavelengths are generated in a nonlinear crystal – in this case one of them in the visible and the other in the terahertz spectral range. Subsequently, these photons are first separated and then superimposed again, where terahertz photons are transferring their properties to the visible photons.

The researchers in Kaiserslautern were already able to observe this so-called quantum interference in the terahertz spectral range using visible photons a year ago, demonstrating the measurement of layer thicknesses for the first time. Now, further development on their previous findings has succeeded in using this measurement technique for spectroscopic investigations as well, in determining ingredients hidden in wax plates. For this purpose, they prepared wax plates under controlled conditions with different concentrations of α-lactose monohydrate and para-aminobenzoic acid as additives. These were subsequently placed in the beam path through which only the terahertz photons pass. By measuring the visible photons, it was possible to determine type and quantity of the additive – without detecting the terahertz radiation itself.

The scientific success of the physicists was released in the journal »Optica«, published by the Optical Society, and is available online here for free. 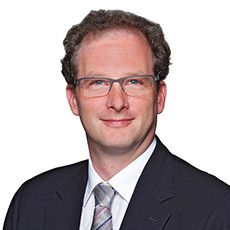