Progress in medical research, technological developments and a general improvement in living conditions are leading to a continuous decline in mortality, especially in industrialized countries. For example, the life expectancy of female newborns in West Germany has risen from 73,8 years (1967) to 79,6 years (1992) and 83,3 years (2017).

We do not only cover classic topics of financial mathematics - such as the valuation of options, derivatives and portfolios.

Our expertise also includes supporting our clients from consulting to software solutions in various areas such as risk management, market modelling and retirement provision.

While this development is fundamentally gratifying, for pension providers such as insurance companies and pension funds - similar to the interest rate risk - it can represent a considerable financial burden: If the biometric calculation bases prove to be incorrect and the pensioners live longer on average than calculated in advance, this can lead to ruin and thus to the default of the pension provider. In 2014, the potential total size of the global market for this so-called longevity risk in pensions was estimated at between 60 and 80 trillion dollars. The topic is of great social significance in addition to the insurance industry and academia.

Modelling of Regional and Temporal Differences

The basis of any practice-oriented analysis of longevity risk is realistic, biologically meaningful models for mortality that do not depend exclusively on age, as is the case with classic mortality models and mortality tables, but also on time. There are various approaches to this in the literature, of which the one by Lee and Carter (1992) is one of the most frequently used and is still being developed today. For example, in times of globalisation with internationally operating finance and insurance companies, it seems appropriate to divide pensioners into several groups according to their place of residence. This leads to so-called multi-population models.

Improvement of Models Through Machine Learning

An increasingly data-driven approach also seems to be in keeping with the times - Richman and Wüthrich (2018), for example, are investigating an extension of the Lee Carter model using neural networks and are obtaining extremely competitive results. Such a combination of stochastic models with machine learning techniques in the sense of grey box modelling may be suitable to improve the existing standards.

Methodologically, tree-based procedures such as random forests or gradient boosting are possible in addition to forward and recurrent neural networks. Specifically, we are currently working on improving multi-population models by cluster analysis, a method from the field of Unsupervised Learning.

In principle, a wide range of financial products is conceivable for hedging against longevity risk, similar to interest rate risk. These products can be linked to the mortality trend of the specific insured population, which, however, leads to illiquidity of the products due to the difficulty of valuation. Alternatively, they can be based on an index that depends on a specific, larger reference population.

A problem from the point of view of the annuitant is the basis risk that also occurs with comparable products such as weather derivatives or catastrophe bonds: if the future mortality of the own contract portfolio deviates from the reference population, this can reduce the scope of the hedge. Reliable mortality models make it possible to quantify this remaining risk more reliably and to deal with it appropriately. 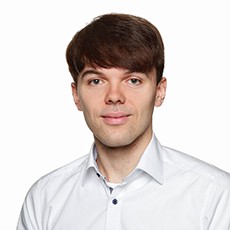